The drive west from Ouray can only be described in one word: breathtaking. 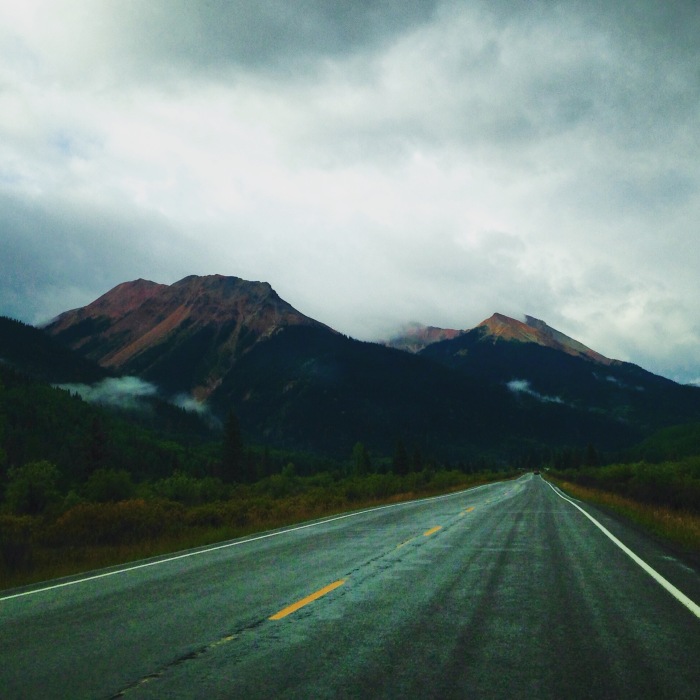 It was literally breathtaking from the thin oxygen at the high altitude. We were in the clouds on U.S. Route 550, a road commonly known as the Million Dollar Highway. We were on the section dubbed the Trail of the Ancient Byway. The road stood up to it’s reputation. We got some haze and rain along the way to Silverton where we stopped to refuel our bodies.

Silverton was a tiny town we could see down from the road for miles. We stopped for coffee and a muffin at what seemed to be the only coffee shop in the town that looked like a scene out of an old western movie. We wandered down to the “Highest” Harley Davidson store, and window shopped as we stretched our legs. Quick stop and we were back on the road.

Next stop, beauty and beers in Durango.

View all posts by calliebetzpederson